The white man in that photo 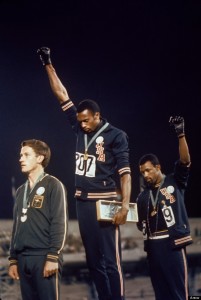 Sometimes photographs deceive. Take this one, for example. It represents John Carlos and Tommie Smith’s rebellious gesture the day they won medals for the 200 meters at the 1968 Summer Olympics in Mexico City, and it certainly deceived me for a long time.
I always saw the photo as a powerful image of two barefoot black men, with their heads bowed, their black-gloved fists in the air while the US National Anthem, “The Star-Spangled Banner,” played. It was a strong symbolic gesture – taking a stand for African American civil rights in a year of tragedies that included the death of Martin Luther King and Bobby Kennedy.
It’s a historic photo of two men of color. For this reason I never really paid attention to the other man, white, like me, motionless on the second step of the medal podium. I considered him a random presence, an extra in Carlos and Smith’s moment, or a kind of intruder. Actually, I even thought that that guy – who I tought to be an Englishman! – represented, in his icy immobility, the will to resist the change that Smith and Carlos were invoking in their silent protest. But I was wrong.
Thanks to an old article by Gianni Mura, today I discovered the truth: that white man in the photo is the tihird, great hero of that night in 1968. His name was Peter Norman, he was an Australian who arrived in the 200 meters finals after having ran an amazing 20.22 in the semi finals. Only the two Americans, the world record holder  Tommie “The Jet” Smith and the powerful John Carlos who won the American Trials for Mexico ’68 had done better: 20.14 and 20.12, respectively.
It seemed as if the victory would be decided between the two Americans. Norman was an unknown sprinter, who seemed to just be having a good couple of heats. John Carlos, years later, said that he was asked what happened to the small white guy – standing at 5’6”tall, and running as fast as him and Smith, both taller than 6’2”.
The time for the finals arrives, and the outsider Peter Norman runs the race of a lifetime, improving on his time yet again. He finishes the race at 20.06, his best performance ever, an Australian record that still stands today, 47 years later.
But that record wasn’t enough, because Tommie Smith was really “The Jet,” and he responded to Norman’s Australian record with a world record. In short, it was a great race.

Yet that race will never be as memorable as what followed at the awards ceremony.
It didn’t take long after the race to realize that something big, unprecedented, was about to take place on the medal podium. Smith and Carlos decided they wanted to show the entire world what their fight for human rights looked like, and word spread among the athletes.
Norman was a white man from Australia, a country that had strict apartheid laws, almost as strict as South Africa. There was tension and protests in the streets of Australia following heavy restrictions on non-white immigration and discriminatory laws against aboriginal people, some of which consisted of forced adoptions of native children to white families.
The two Americans had asked Norman if he believed in human rights. Norman said he did. They asked him if he believed in God, and he, who had been in the Salvation Army, said he believed strongly in God. “We knew that what we were going to do was far greater than any athletic feat, and he said “I’ll stand with you” – remembers John Carlos – “I expected to see fear in Norman’s eyes, but instead we saw love.”
Smith and Carlos had decided to get up on the stadium wearing the Olympic Project for Human Rights badge, a movement of athletes in support of the battle for equality. 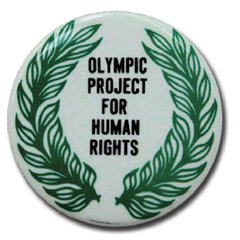 They would receive their medals barefoot, representing the poverty facing people of color. They would wear the famous black gloves, a symbol of the Black Panthers’ cause. But before going up on the podium they realized they only had one pair of black gloves. “Take one each”, Norman suggested. Smith and Carlos took his advice.
But then Norman did something else. “I believe in what you believe. Do you have another one of those for me”? he asked, pointing to the Olympic Project for Human Rights badge on the others’ chests. “That way I can show my support for your cause.” Smith admitted to being astonished, ruminating: “Who is this white Australian guy? He won his silver medal, can’t he just take it and that be enough!”.
Smith responded that he didn’t, also because he would not be denied his badge. There happened to be a white American rower with them, Paul Hoffman, an activist with the Olympic Project for Human Rights. After hearing everything he thought “if a white Australian is going to ask me for an Olympic Project for Human Rights badge, then by God he would have one!” Hoffman didn’t hesitate: “I gave him the only one I had: mine”.
The three went out on the field and got up on the podium: the rest is history, preserved in the power of the photo. “I couldn’t see what was happening,” Norman recounts, “[but] I had known they had gone through with their plans when a voice in the crowd sang the American anthem but then faded to nothing. The stadium went quiet.”

The head of the American delegation vowed that these athletes would pay the price their entire lives for that gesture, a gesture he thought had nothing to do with the sport. Smith and Carlos were immediately suspended from the American Olympic team and expelled from the Olympic Village, while the rower Hoffman was accused of conspiracy.
Once home the two fastest men in the world faced heavy repercussions and death threats.
But time, in the end, proved that they had been right and they became champions in the fight for human rights. With their image restored they collaborated with the American team of Athletics, and a statue of them was erected at the San Jose State University. 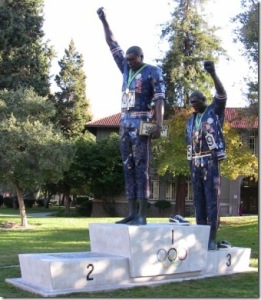 Peter Norman is absent from this statue.

His absence from the podium step seems an epitaph of a hero that no one ever noticed. A forgotten athlete, deleted from history, even in Australia, his own country.
Four years later at the 1972 Summer Olympics that took place in Munich, Germany, Norman wasn’t part of the Australian sprinters team, despite having run qualifying times for the 200 meters thirteen times and the 100 meters five times.
Norman left competitive athletics behind after this disappointment, continuing to run at the amatuer level.
Back in the change-resisting, whitewashed Australia he was treated like an outsider, his family outcast, and work impossible to find. For a time he worked as a gym teacher, continuing to struggle against inequalities as a trade unionist and occasionally working in a butcher shop. An injury caused Norman to contract gangrene which led to issues with depression and alcoholism.
As John Carlos said, “If we were getting beat up, Peter was facing an entire country and suffering alone.” For years Norman had only one chance to save himself: he was invited to condemn his co-athletes, John Carlos and Tommie Smith’s gesture in exchange for a pardon from the system that ostracized him.
A pardon that would have allowed him to find a stable job through the Australian Olympic Committee and be part of the organization of the 2000 Sydney Olympic Games. Norman never gave in and never condemned the choice of the two Americans.
He was the greatest Australian sprinter in history and the holder of the 200 meter record, yet he wasn’t even invited to the Olympics in Sydney. It was the American Olympic Committee, that once they learned of this news asked him to join their group and invited him to Olympic champion Michael Johnson’s birthday party, for whom Peter Norman was a role model and a hero.
Norman died suddenly from a heart attack in 2006, without his country ever having apologized for their treatment of him. At his funeral Tommie Smith and John Carlos, Norman’s friends since that moment in 1968, were his pallbearers, sending him off as a hero. 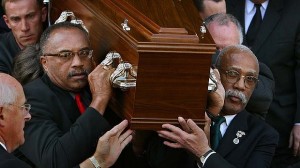 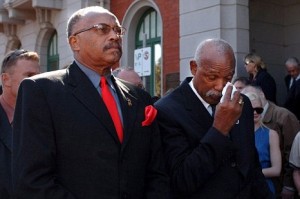 “Peter was a lone soldier. He consciously chose to be a sacrificial lamb in the name of human rights. There’s no one more than him that Australia should honor, recognize and appreciate” John Carlos said.
“He paid the price with his choice,” explained Tommie Smith, “It wasn’t just a simple gesture to help us, it was HIS fight. He was a white man, a white Australian man among two men of color, standing up in the moment of victory, all in the name of the same thing”.
Only in 2012 did the Australian Parliament approve a motion to formally apologize to Peter Norman and rewrite him into history with this statement:
This House “recognises the extraordinary athletic achievements of the late Peter Norman, who won the silver medal in the 200 meters sprint running event at the 1968 Mexico City Olympics, in a time of 20.06 seconds, which still stands as the Australian record”.
“Acknowledges the bravery of Peter Norman in donning an Olympic Project for Human Rights badge on the podium, in solidarity with African-American athletes Tommie Smith and John Carlos, who gave the ‘black power’ salute”.
“Apologises to Peter Norman for the wrong done by Australia in failing to send him to the 1972 Munich Olympics, despite repeatedly qualifying; and belatedly recognises the powerful role that Peter Norman played in furthering racial equality”.
However, perhaps, the words that remind us best of Peter Norman are simply his own words when describing the reasons for his gesture, in the documentary film “Salute” written, directed and produced by his nephew Matt.
“I couldn’t see why a black man couldn’t drink the same water from a water fountain, take the same bus or go to the same school as a white man.
There was a social injustice that I couldn’t do anything about from where I was, but I certainly hated it.
It has been said that sharing my silver medal with that incident on the victory dais detracted from my performance.
On the contrary.
I have to confess, I was rather proud to be part of it”. 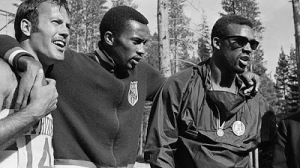 (Translation and comment by Alexa Combs Dieffenbach for Griot.com)

(This article was contested by Australian Olympic Committe. Their criticism and my answers can be red in this post: “Peter Norman is still runnin'”) 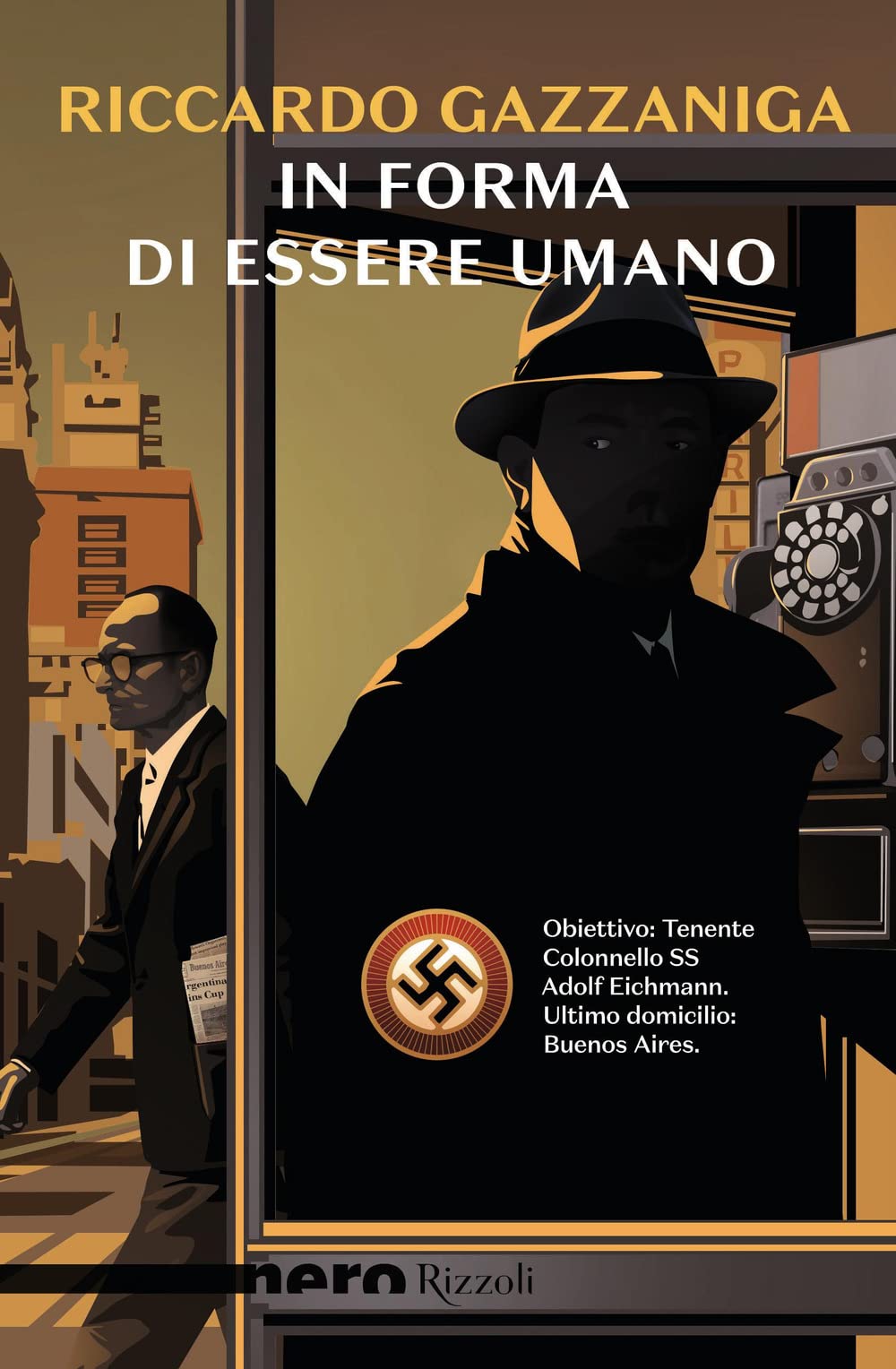