A few weeks  ago the Australian Olympic Committee sent Griot magazine a communication in which they criticised my article about Peter Norman, defining it as incorrect, wrong and unethical, as well as based on wrong sources.
They also asked for retraction and apology.

Griot staff and I decided not to retract the article.

Moreover, I am not going to apologize for anything, as my work was based on reliable sources.
Instead, I am giving AOC the possibility and the space to express their criticism by publishing the document they sent us, along with some pictures, on my web site.

You can find here below my reply where I explain the reason why I confirm my convictions in order to let readers come to a judgement about the whole matter.

“When the incident happened at the 1968 Mexico Games, Peter Norman was not punished by the Australian Olympic Committee.

He was cautioned by the Chef de Mission of our Team , Mr Julius Patching, that evening, and then given tickets to go and watch a hockey match. THAT WAS HIS PUNISHMENT! It amounted to a slap on the wrist. The incident is best described by world renowned Olympic historian, Harry Gordon in his book “From Athens With Pride” . Mr Gordon was in Mexico City in 1968 he witnessed the race and what happened afterwards, his account is indisputable.

It was then claimed Peter Norman was not picked for the next Olympics in 1972 because of the incident in 1968. This too is incorrect. An article written at the time by Ron Carter, athletics writer for The Age newspaper, describes how Peter Norman was injured and failed to run the qualifying time at the Olympic trials. Your reports claimed Peter Norman ran the qualify time on many occasions ,but as any Olympic reporter well knows, it is the Olympic trials that count. 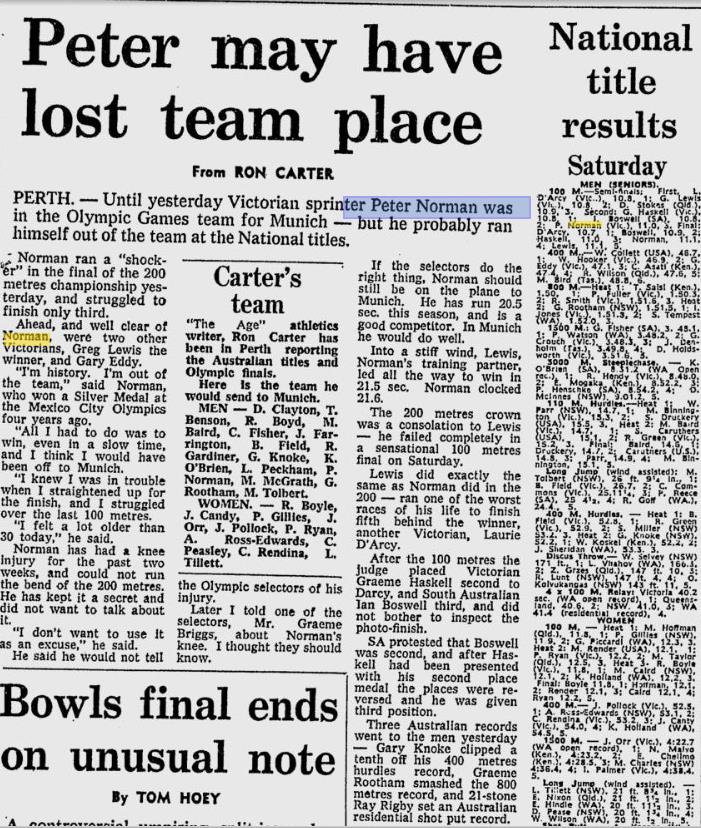 In the lead up to the Sydney 2000 Olympics , Peter Norman was involved in numerous Olympic events in his home city of Melbourne and in Sydney. He announced several teams for the AOC in Melbourne and was on the stage congratulating athletes and he was very much acknowledged as an Olympian and we valued his contribution. He attended functions in Sydney with other Olympians from around the world. He was even invited as a special guest to the launch of the Sydney 2000 Olympic medals. SOCOG and the AOC paid for his travel and accommodation, yet Mr Gazzaniga claims he was shunned by the Olympic Movement.

(Norman at the Sydney Opera House in August 2000 with other Olympic medallists). 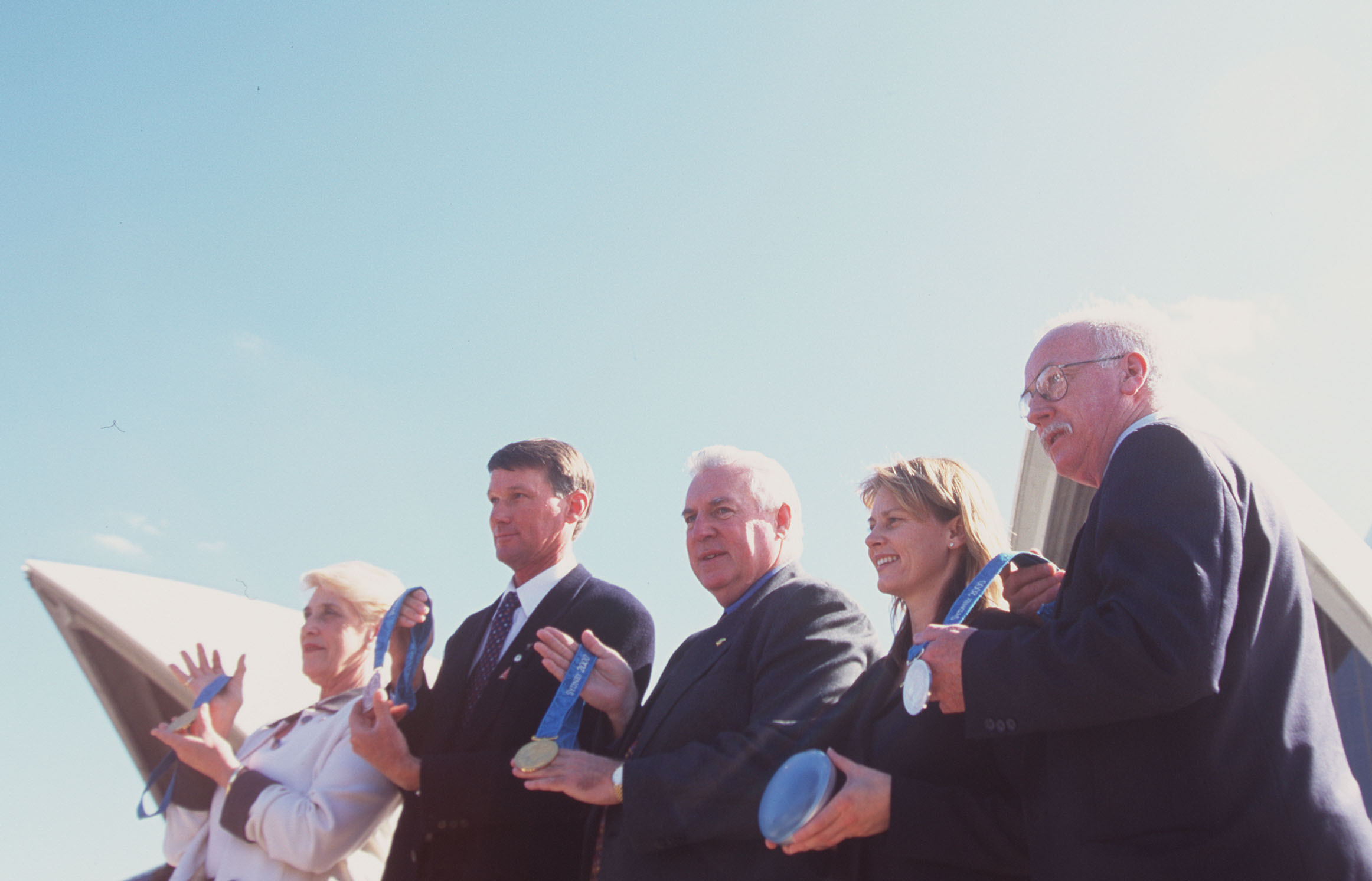 As for not being invited to the Sydney Games. The AOC was not in a financial position to invite all Olympians to the Sydney Games. They were given special assistance to purchase tickets but financially it would have cost the AOC hundreds of thousands of dollars to bring Olympians from around the country to Sydney for the Games. The suggestion he was shunned is ridiculous. He was treated like any other Australian Olympian.

In all the time that I knew Peter Norman, as a reporter in the 70,s 80’s and 90’s and since 1999 as the Director of Media and Communications at the Australian Olympic Committee, he never once mentioned that he felt disadvantaged. He was happy and proud of his achievement and the treatment he received in 1968 and in the years following”.

Here is my reply.

My article tells neither about Norman’s kind of punishment durin’ Mexico City nor about the lead up to the Sidney 2000 Olympics, like other articles did in the past.

In my article I spoke about Norman’s exclusion from Munich 1972 and from Sidney Olympic Games celebrations.

However, it seems that other distance runners were selected even though they did not run the qualify time at the Trials. The book “A race to remember” (written by Damian Johnstone and Peter’s nephew Matt Norman) reports that Ron Clarke, 10,000-meter bronze medal at Tokyo 64, wrote Peter this note: “Quite frankly I do not see how they can take some of the distance runners on the basis of their previous performance and leave you out on your Perth effort”.

Carter, the above mentioned reporter, stated: “If the selectors do the right thing, Norman should still be on the plane to Munich. He has run 20.5 sec this season, and is a good competitor. In Munich he would do well”.

Peter Norman himself said: “I’d earned the frowing eyes of the powers that be in track and field. I’d, would you say, misbehaved? That gave me the selectors a good opportunity to leave home, even though in the Olimpic year I’d qualified for 200 m 13 times, and for the 100m five times and was ranked. number five in the world. So in 1972, for the first, I think, and only time, Australia was not represented by any sprinters in Munich. If they had taken any sprinters at all they would have taken me, but they’d rather leave me than have me over there”.

And the same is repeated in the film “Salute”.

I think I couldn’t work on any better source than Peter Norman himself. 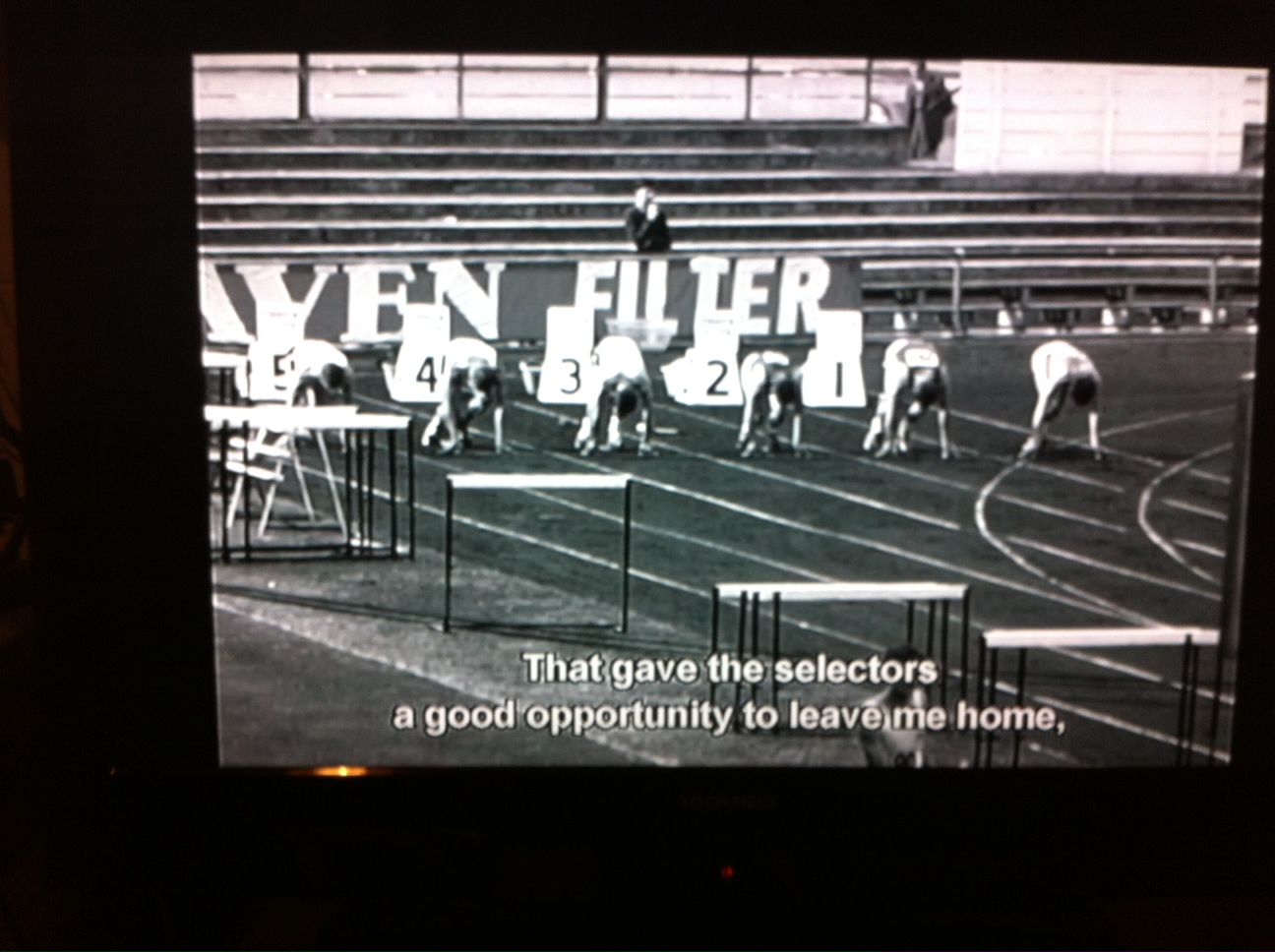 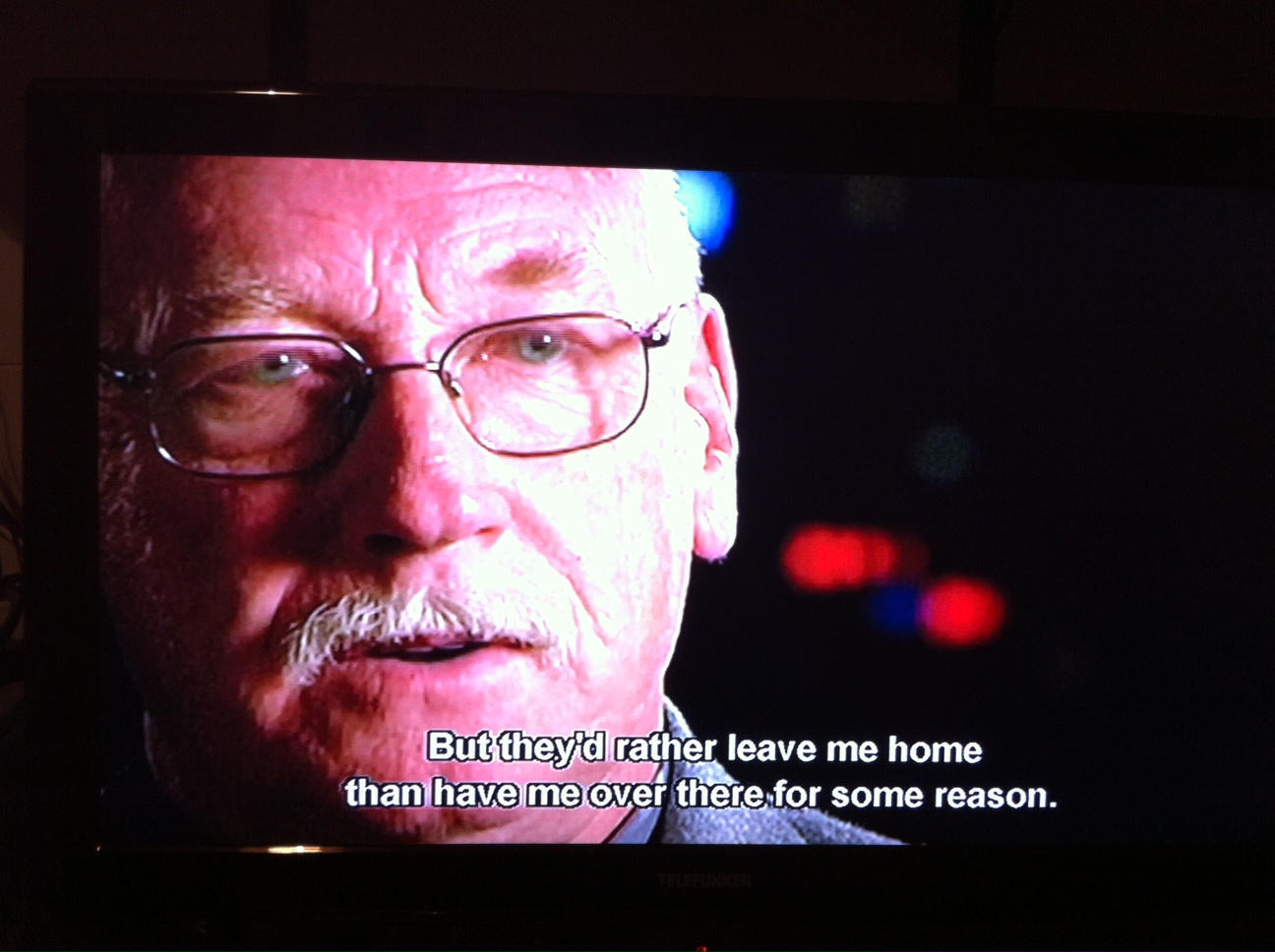 About the invitation to Sidney

It is hard to equate few pictures for the press taken some weeks before Olympic Games outside the Sydney Opera House with a full acknowledgment of Peter’s extraordinary achievements.
In 2000, Norman had been holding the Australian record for 32 years, being also the best Australian 200-meter runner in history. His record still stands.

Yet, like reported by his family, Peter was not invited to run the lap of honour with other champions at the opening ceremony. He also didn’t have any role in the Olympic celebrations and these words from “A race to remember” are more than eloquent:

“Simmons (Official of USA track and field team) learnt from a newspaper article that Peter didn’t have specific plans for Sidney as hadn’t been included in any official events. He and Jan were tryin’ to find cheap flights from Melbourne to Sidney. Simmons got angry with the Australian Athletic Union sayin’: “In my opionion Peter should have been part of anything they were doing”.(…) Simmons told Peter that he would buy plane tickets for him and Jan to travel to Sidney as guests of the 1968 US Olympic team”.

Readers can judge by themselves whether my work was based on reliable sources to which I should add an article published by the Italian newspaper Repubblica and, among others, a report by CNN. Although I’m not a journalist, I always try to be a serious person.

I never thought the story of Peter Norman could raise so much interest, sharing and debating.

For this reason I think that every piece that can be used to compose the puzzle of truth about such a debated event is more than welcomed.

For me it’s really hard to understand why someone still seems to underrate the greatness of Peter Norman both as a man and as an athlete and the unfair treatment this man suffered. He should be treated like a hero, but he was somehow forgotten or, at least, not celebrated as he deserved. This is also evidenced by the incredible number of e-mails and messages I received to thank me for writing my article about the unknown story of this man.

I think this bad treatment is the reason why the Australian Parliament apologized to Peter Norman, also for his exclusion from Munich. 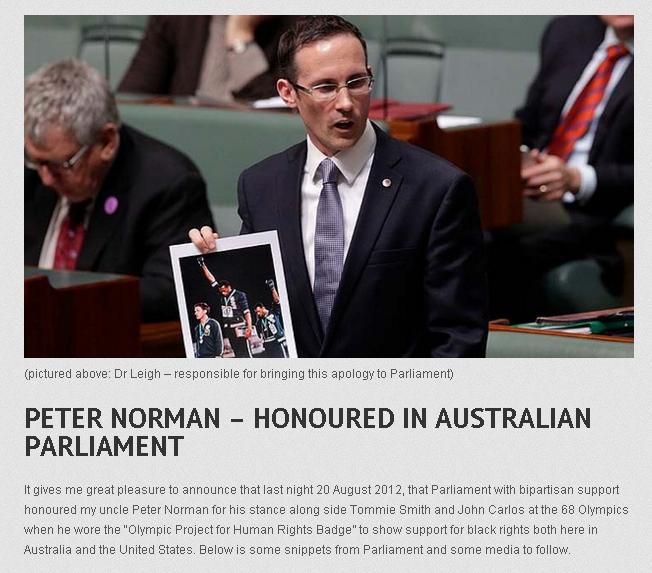 Was the Australian Parliament also wrong?

AOC says: “He was treated like any other Australian Olympian”.

This is true and this is also the central point, the focus: I think Peter Norman didn’t act like any other and he shouldn’t have been treated like any other. The nobleness of such a man can’t be separated from the strength of the athlete.

Lot of people involved in this story are now gone and my article wasn’t about “who did what” long time ago. Therefore, after my work and all these other pieces of the puzzle, every single person can now have his own and more complete idea about the story of Peter Norman.

This story can be read in two ways and people can freely choose which side they are on.

I will stick to my opinion and – as Peter said about his statement in Mexico City – “I’m quite proud of it”.

My English is not so good like it could seem here: thanks to Prof. Paola Montucchielli for the great help.

Also thanks to Matt Norman for his contribution and friendship. 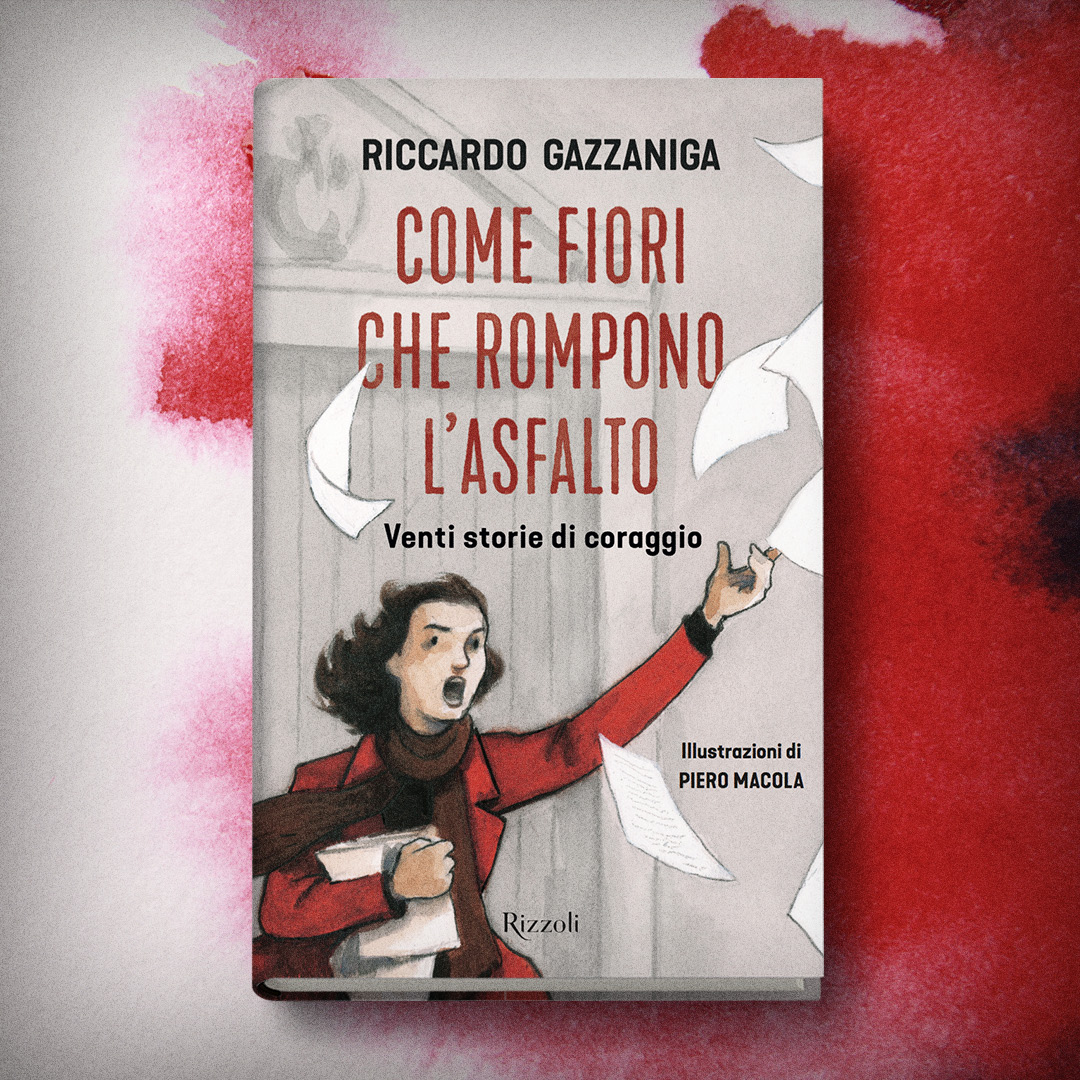